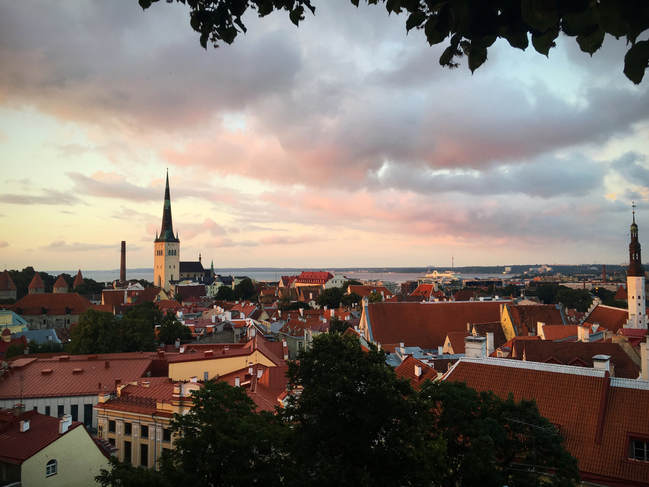 Tallinn is the capital and largest city of Estonia. It is situated on the northern coast of the country, on the shore of the Gulf of Finland, south of Helsinki, east of Stockholm, north of Riga and west of Saint Petersburg.

Tallinn's Old Town is one of the best preserved medieval cities in Europe and is listed as a UNESCO World Heritage Site. Tallinn is the major political, financial, cultural and educational center of Estonia. Often dubbed the Silicon Valley of Europe, it has the highest number of startups per person in Europe and is a birthplace of many international companies, including Skype. The city is to house the headquarters of the European Union's IT agency. Providing to the global cybersecurity it is the home to the NATO Cyber Defence Centre of Excellence. It is ranked as a global city and has been listed among the top 10 digital cities in the world. According to the Global Financial Centres Index Tallinn is the most competitive financial hub in Northern Europe and ranks 42nd internationally. Tallinn was the European Capital of Culture for 2011, along with Turku in Finland.

​Tallinn is a historic city dating back to medieval times. The first fortress on Toompea was built in 1050 and Tallinn was first recorded on a world map in 1154. It's lively yet peaceful, absurdly photogenic and bursting with wonderful sights – ancient churches, medieval streetscapes and noble merchants' houses. Despite the boom of 21st-century development, Tallinn safeguards the fairy-tale charms of its Unesco-listed Old Town – one of Europe’s most complete walled cities.


How to arrive Tallinn?
www.visittallinn.ee/eng/visitor/plan/arrival